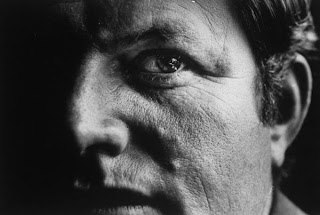 I reported in May 2008 on the diagnosis of a malignant brain tumor in Massachusetts Senator Ted Kennedy (1969 picture from Life Magazine). The Voice of American (VOA) recently provided an update on Sen. Kennedy's status, based on a statement he release this past Monday. According to the VOA, the Senator has returned to Washington to work health care reform, laying the groundwork for early action by Congress on health reform after President-elect Barack Obama takes office in January.

It remarkable that Kennedy hasn't simply retired, given his grave diagnosis. His example is truly a profile in courage.

The VOA report goes on to say that "the Massachusetts senator, who was first elected in 1962, underwent surgery in June for a malignant brain tumor. He made a brief appearance in the Senate in July, and delivered a speech supporting Mr. Obama at the Democratic National Convention in August."
at November 20, 2008

I suspect it's a combination of pure resolve and state-of-the-art treatment. Unfortunately, sometimes it takes a celebrity to draw attention to a particular issue and get funding for its research. Luckily, I think research into glioblastoma is taking off. I worked in ALS research for two years and its "orphan disease" status is making it hard to get some groundbreaking studies going. Though it sounds morbid, I'm sure it would help the research field if an extremely prominent person were to make public a battle against this awful condition.

Point well taken, Chris. It often makes a difference when a celebrity goes public with their illness. Another well-known example is Betty Ford. This quote is from the Wikipedia article on her:
"Weeks after Betty Ford became First Lady, she underwent a mastectomy for breast cancer on September 28, 1974. Her openness about her illness raised the visibility of a disease that Americans had previously been reluctant to talk about. 'When other women have this same operation, it doesn't make any headlines,' she told Time magazine. 'But the fact that I was the wife of the President put it in headlines and brought before the public this particular experience I was going through. It made a lot of women realize that it could happen to them. I'm sure I've saved at least one person—maybe more.'"