So far today:
Number of pageviews: 291


In recent posts, I discussed the availability of direct-to-consumer ApoE testing and the fact that I myself submitted buccal cells to 23andMe.com to discover my own ApoE status. The illustrious Eddie Lee, MD, PhD just emailed me news that the American College of Medical Genetics and the National Society of Genetic Counselors have recently issued formal guidelines regarding ApoE testing in patients. Reported and discussed on the Alzheimer Research Forum, the guidelines, published in the June issue of Genetics in Medicine, identify which individuals may benefit from genetic testing.
at January 13, 2012 1 comment:

Email ThisBlogThis!Share to TwitterShare to FacebookShare to Pinterest
Labels: Alzheimer's disease, Best of the Month series

In pondering an answer to this question, I immediately thought of the illustrious Dr. John Donahue, consummate neurologist, neuropathologist, and neuroanatomist.  I posed the question to him and got the following response:

In frigid Massachusetts, forensic neuropathologist Peter Cummings, MD awoke this morning to find a cerebellum frosted on his bedroom window. Atrophic, yes, but a cerebellum nonetheless. 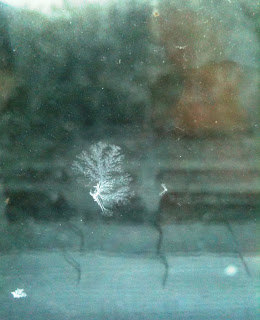