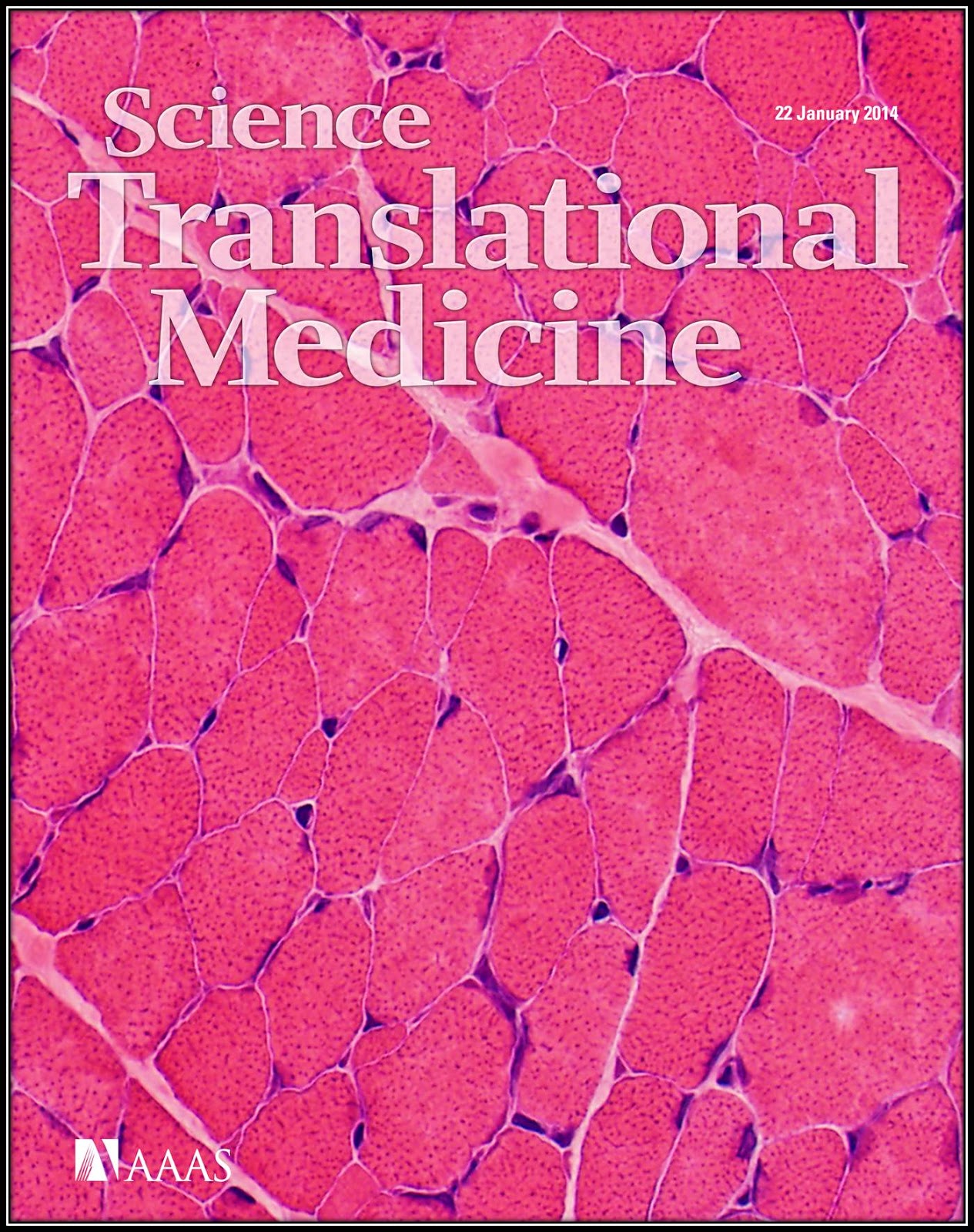 X-linked myotubular myopathy (XLMTM) is a severe and fatal congenital myopathy for which there is currently no treatment.  As part of an international group of scientists studying treatments for this disease, Dr. Mike Lawlor (the neuropathologist serving Children's Hospital of Wisconsin) was recently featured on Milwaukee's WTMJ 10 o'clock news for his part in the work.  The piece is quite touching. Mike conveys a sense of urgency in finding a cure for this disease because he has gotten to
know several children stricken with XLMTM, and even has pictures of many of the little tikes up on his office wall.  Mike has presented his work on XLMTM at the past several AANP meetings, including trials using myostatin inhibition, targeted enzyme replacement therapy, and gene therapy on animal models of this disease.  The work in this story relates to the gene therapy trial that was recently published in Science Translational Medicine (depicted on the left), for which Mike was the study pathologist. A photomicrograph from the article was even featured on the front page of that prestigious journal.  He is continuing to work on these treatment options in preparation for translation to human clinical trials that will occur over the next few years. Congratulations to Dr. Mike Lawlor for splendidly representing neuropathologists in both the lay media and academic press.
at April 16, 2014