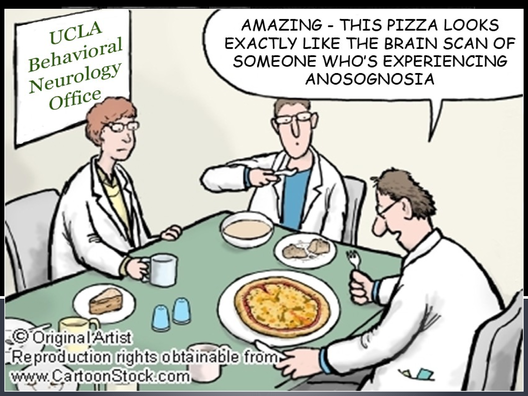 Anosognosia -  Real or feigned ignorance of the presence of disease, especially of paralysis.
at April 28, 2014

Wheeler had walked into two Pittsburgh banks and attempted to rob them in broad daylight. What made the case peculiar is that he made no visible attempt at disguise. The surveillance tapes were key to his arrest. There he is with a gun, standing in front of a teller demanding money. Yet, when arrested, Wheeler was completely disbelieving. “But I wore the juice,” he said. Apparently, he was under the deeply misguided impression that rubbing one’s face with lemon juice rendered it invisible to video cameras.

Had he gotten away with it, Wheeler could have replace Willie Sutton as the most discussed bank robber in medicine!