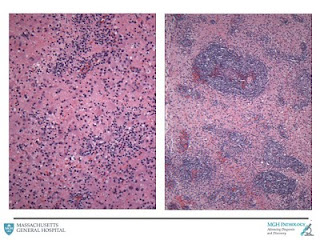 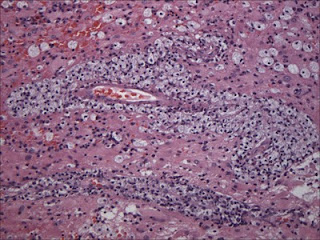 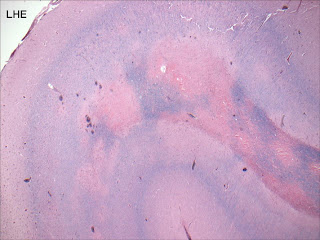 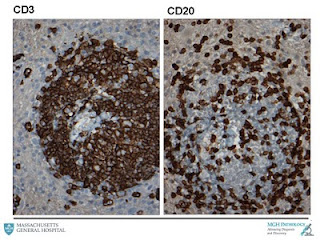 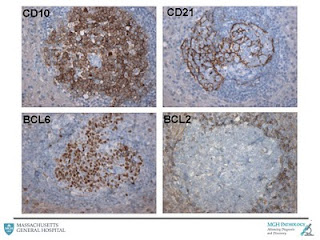 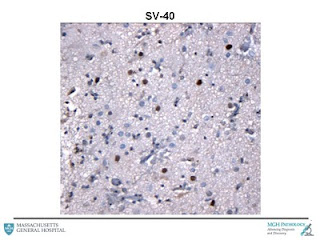 So, the final diagnosis rendered was Progressive Multifocal Leukoencephalopathy (PML) with concomitant Immune Reconstitution Inflammatory Syndrome (IRIS). IRIS is an inflammatory response in HIV-infected individuals upon initiation of HAART therapy. The immune response can be so robust as to cause morbidity, particularly with the brain is involved. Thanks to Dr. Camelo-Piragua for providing the images associated with this interesting case, and I wish her the best of luck in her upcoming move to Ann Arbor where she will take a position on the faculty at the University of Michigan!
at June 29, 2010