This month marks the publication of the ninth edition of the famed textbook Adams and Victor's Principles of Neurology, originally authored by Dr. Raymond D. Adams and his colleague, Dr. Maurice Victor. Dr. Adams, former chief of neurology at Massachusetts General Hospital and professor of neuropathology at Harvard Medical School, passed away on October 18, 2008 at Brigham and Women's Hospital of complications from congestive heart failure. He was 97 years old. Dr. Adams' contribution to both neurology and neuropathology was immeasurable. 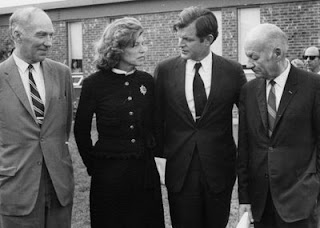 Here's what some physicians have said about Dr. Adams' impact:

"A brain cutting was elevated to an art form in his presence and his ability to force us to think was an elegant legacy which he has left to all who studied with him."

Dr, Adams was "a pre-eminent neurologist and prominent neuropathologist as well, one of the greatest and last of the giants of both neurology and neuropathology back when they were hardly separate specialties."
Douglas C. Miller, MD, PhD
Columbia, Missouri

"Dr. Adams contributed greatly to the establishment of the E.K. Shriver Center in Waltham MA and he was instrumental in the education and training of many of us who were blessed to benefit from his knowledge of neurology and the understanding of persons with intellectual and developmental disabilities."
at March 30, 2009

I had the priveledge of being treated by Dr. Raymond D. Adams at Mass. Gen. in 1962 where I was diagnosed as having myoclonica dyssynergia cerebellaris by electroencephalogram by this great man. I remember being the center of attention in the first operating room of this country in front of many interns and residents up in the balconies. You never saw Dr. Adams alone, but always with medical staff.