Today I profile Dr. Jan Leestma, a prominent forensic neuropathologist. After a short biographical sketch, Dr. Leestma answers a few of my questions:

Born in 1938, Jan Leestma attended school in Holland before graduating from the University of Michigan School of Medicine in 1964. His anatomic pathology training was at University of Colorado Medical Center; and his neuropathology training was completed at the Albert Einstein College of Medicine in New York. After military service at the Armed Forces Institute of Pathology in Washington, DC, Leestma joined the faculty at Northwestern University Medical Center in Chicago. In 1985 he was at the University of Chicago for a couple of years, and then joined the Chicago Institute of Neurosurgery and Neuroresearch at Columbus Hospital in Chicago until 1999. Leestma was Assistant Medical Examiner and Neuropathology Consultant to the Cook County (IL) Medical Examiners Office from 1977 to 1987. Leestma retired from hosptial practice in 2001 and has focused on his private forensic neuropathology consulting practice since that time. Widely published, Dr. Leestma's most recent textbook is entitled Forensic Neuropathology (published in 2008 by CRC Press). 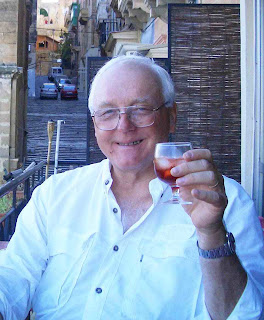 Now let's put Dr. Leestma up on the witness stand and ask him a few questions:
What is the state of clinical neuropathology today?
Neuropathology is in the midst of change. Owing to the decline in hospital autopsies, the traditional practice of Neuropathology (once almost totally autopsy based) has moved to surgical neuropathology or research with little "service" responsibility. The field of Forensic Pathology has attracted a number of neuropathologists to seek training in that field and/or to contribute their knowledge to medical examiner's or coroner's offices, when once this was rare. Where the profession is going is unclear at least in the traditional or classical sense.

Are there major differences in the practice of neuropathology in the USA versus Europe and Asia?
Yes. In many other countries neuropathology has little or no status as it enjoys in the United States, but in others, namely in Europe, the profession is alive and well and providing valuable services in the traditional sense (autopsy and surgical neuropathology) in addition to research. Where once there were virtually no neuropathologists in China, it appears that there is a growing group who are actively publishing there now. Japan has always had some eminent neuropathologists who concentrated on that field exclusively, but there are many clinicians who have had training in neuropathology that actively contribute to the discipline and to the literature.

What should the neuropathologist consider before acting as an expert witness in a medicolegal case?
One must ask one's self if they can meaningfully and factually contribute information to assist the trier of fact (Judge or Jury) to render justice. They should be aware of the serious nature of potential testimony whether in a civil case of a criminal matter. Their testimony must be evidence based and derived from the methods and procedures of science, and not based upon beliefs, dogma, or pseudoscience. One must recognize, that at least in the United States, the legal system is adversarial and one must be able to withstand what this might mean. One must remember that one's testimony will be taken down verbatim and may become a public record, and that it may be recalled in any subsequent legal action and be subject to cross examination or criticism. One must always tell the "truth, the whole truth, and nothing but the truth". If one does these things, expert testimony, while rarely easy, can be professionally the right thing to do and can be fulfilling.

What training programs would you recommend to a pathology resident interested in doing a neuropathology fellowship?
This depends upon what one envisions for one's career. If one wants to do clinical neuropathology, one should seek out one of the large teaching institutions where traditional training programs still exist and which have a lot of clinical autopsy and surgical material from which to learn. The programs at the Massachusetts General and Brigham and Women's Hospitals in Boston come to mind, as do the programs at the University of Pennsylvania, Columbia University, Duke University, University of California, San Francisco and others like them. One might actually seek training at more than one institution, going to those that have special programs in molecular genetics of brain tumors, for example. If one envisions primarily a research career, the above institutions all have robust research programs, as do others. If there is an interest is forensics, one should plan on doing a forensic pathology fellowship also and to seek some education in biomechanics. If one plans to concentrate on a clinical specialty, such as Neurology or Neurosurgery one might not need a full residency in Pathology or Neuropathology, rather a more abbreviated program. Ultimately whatever program one follows, self-learning and scholarship will augment whatever a program might offer and provide a basis upon which one can rely.

Thanks very much to Dr. Leestma for sharing his biography and his perspective on clinical and forensic neuropathology with our readers.
at March 01, 2009